This experiment measures olfaction, memory, and social interest. Mice are first presented with three non-social odor cues. Each odor is given three times in three consecutive trials. Mice should become habituated to a familiar smell, and spend less time investigating the smell over each trial if they have normal olfaction and memory. Sniffing time should increase again each time the subject is introduced to a new smell. Next, they are presented with urine samples from two different ovariectomized females (OEFs) to assess their ability to recognize and remember social cues. Social cues are also presented three times in three consecutive trials, and the mice should become habituated to the smell over time. A lack of habituation to a new smell or the inability to distinguish a new smell from an old one during the non-social phase may indicate deficits in general olfaction. Poor habituation and dishabituation to the OEF urine may suggest a social deficit. 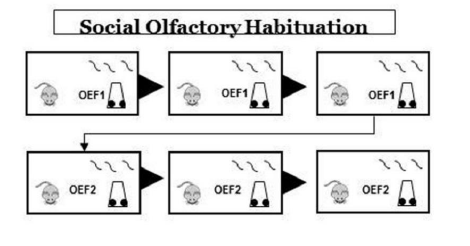 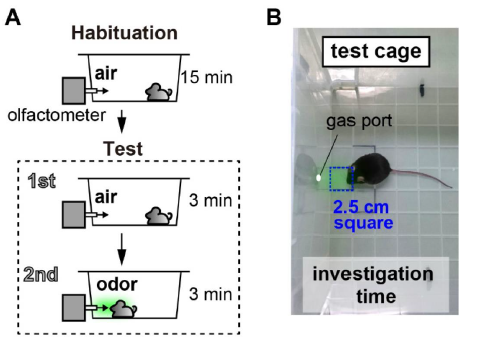